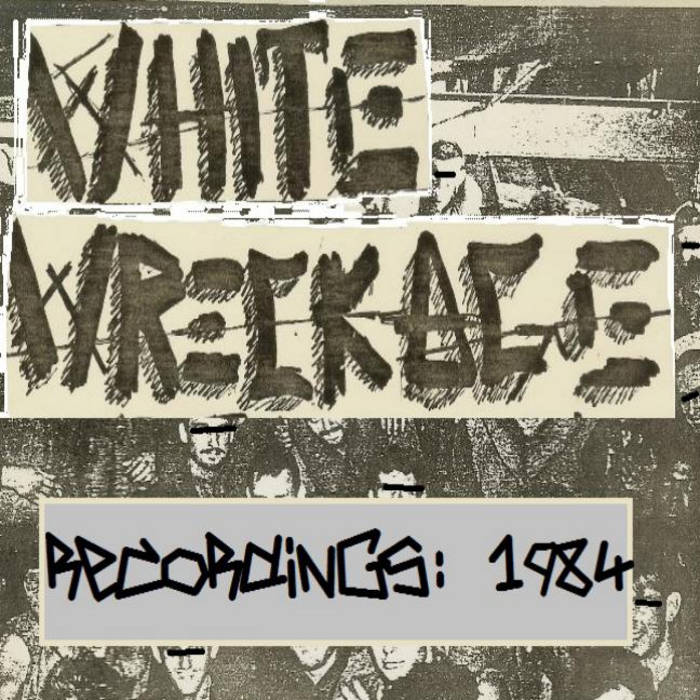 After Real Enemy finished in later 1983, and before this band formed, there existed briefly a band called Rape of the South. I thought I'd try being in some sort of psych-garage-sounding band but it just didn't work. Still heavily influenced by the works of Warsaw, both SoCal and DC punk and the vocal style of Husker Du, White Wreckage crushed it all together. The shows were sweat-driven and exhausting, playing often with Half Life who I would join in 1985.

This was the second band I was in with Steve, and I missed his playing though Mike LaVella did a more than solid job in Half Life. Mark and Jim went onto Six-Gun jury after this and stayed active in the Pittsburgh music scene with Between the Waters (Jim) and Una de Luna (Mark).

These songs were recorded but never released through any means other than cassettes that were shared among other bands and the occasional fan. Some of them are taken from 2-track reel to reel, others from 4-track reels. They were over 20 years old when I transferred them to CD, and I've done the best I could with the levels. This was the state of the bulk of punk music from the time; we simply didn't have enough money to get good recordings.

The others were recorded at a studio which no longer exists called Diversion, date to be researched.