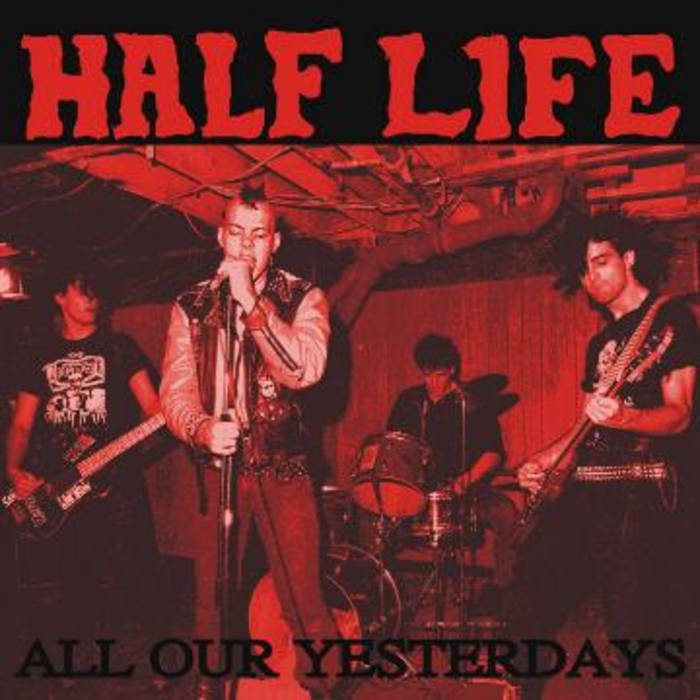 Recorded at KCPR in San Louis Obispo in 1987, this marked a mid-point in a country-wide tour by Half Life placing Pittsburgh hardcore firmly on the map. The original release of these songs was on a cassette entitled What's Left released in 1987.

The 2002 re-issue added tracks from the EP entitled Under the Knife (available as a separate download) and a track from the Apathy Never compilation released in 1986. All tracks have been remastered for maximum volume and distortion.

This download includes a high-res graphic of the sleeve included in the CD All Our Yesterdays, which contains notes and pictures and a lyric sheet.

Three of these songs, Right to Hide, Under the Knife and More of the Same were originally played and recorded in 1984 by White Wreckage, and the entire catalog of that band is available here.